The Tacoma Propeller Club at Port of Tacoma is the largest club on the West Coast with over 200 members. Its membership is composed of a comprehensive representation of the marine industry core companies in the greater Puget Sound area - from marine supply and marine surveyors to naval architects and marine engineers; from shipping companies to port administrators; from towing companies to chemical and petroleum companies.  Almost 200 separate companies are represented.

Education is an important component of our activities.  The Tacoma Propeller Club is the charter partner of the Sea Scout Ship 110, the Charles N. Curtis. Sea Scouts, is a program of the Boy Scouts of America, and our club has provided funding support to this unit for over 20 years.

One of our objectives is "to maintain a continuing education program of public relations, education and good will among exporters and importers and the public generally."  This is accomplished through participation in the annual Commencement Bay Maritime Fest where we organize the Salmon Bake each year.  While serving the best barbequed salmon in the Pacific Northwest, we talk to the public about who we are and what we do - it's the perfect opportunity. 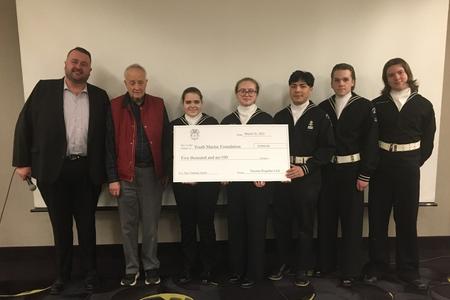 A history of the International Propeller Club

To promote and support the maritime industry in the Puget Sound region by educating the general public, with emphasis on local youth education and empowerment. 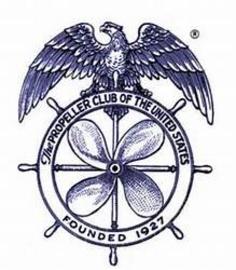 The Propeller Club was conceived in 1922 as an ever-growing group of maritime professionals met informally each day over lunch to discuss issues of the industry.  As the group became too large for casual conversation, speakers began to be invited to address the group.  Growth continued, and in January of 1923 the “Propeller Club of the Port of New York” was formed, with thirty-three in attendance choosing the name and scheduling regular meetings.

News of the club spread to other port cities, and Propeller Clubs were formed in Boston, New Orleans, and at Yale University.  On November 7, 1927, The Propeller Club of the United States as a national and international organization was formed, with individual member clubs designated as “Ports.”  Ports followed in Tampa, Seattle, Jacksonville and Miami.  The first overseas Propeller Club Port was formed in Hamburg, Germany, in 1932, by Americans engaged in the maritime business there.

The membership comprises a cross section of the maritime industry throughout the United States and in many cities overseas.  The Propeller Club is particularly well equipped to promote, further and support the merchant marine.  “Propeller” in the name refers to the propulsion of ships and is symbolic of the driving force required to communicate the need for an adequate, privately-owned merchant marine for both overseas and domestic commerce.

Today, the International Propeller Club of the United States is an international business network dedicated to the promotion of the maritime industry, commerce and global trade.  There are more than 60 Ports in maritime locations around the world, including 26 in foreign cities.