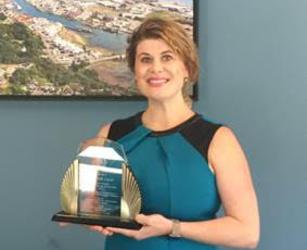 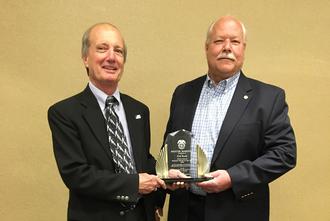 Good afternoon, ladies and gentlemen.  I think spring may finally be here.  Fortunately for those of us that are attending the Chowdown on Friday we will not have to bring our raincoats or boots.  We are here today to find who would be the master mariner for 2016-2017.

Last year, this port had a bitter conflict that would seem to tear it apart.  We had a potentially large methanol project thrust at the port with the promise of family wage jobs in the construction phase and the same when the project was completed.  This conflict went on for over a year until finally the company spearheading the project could see that the locals would not let it be built. The opposition came from many sources; science, the Puyallup tribe, community activists that lived near the projected plant site.

Moving on.  The next project to bring public scrutiny would be the new LNG plant to be constructed on the port.  This project will bring during its construction many family wage jobs to the port and the same when the project is completed.  This project not only will serve the local community with natural gas, but serve the maritime community with the fuel needed to operate more cleanly in the coastwise trade.  This project, after all of the permits have been issued is under close scrutiny by local opposition that lives nearby.  You can read in here, Redline.

Now, local opposition, read in here, Redline, has been active recently in protest against the local business on the port and more specifically local business on Marine View Drive on the edge of the port.  It would seem that the port that has been where it has been for over 75 years is now a nuisance and must be changed.  The local opposition is insisting that the zoning laws be changed to prohibit or severely limit commercial maritime activity and limit commercial activity that fosters fossil fuel or reclamation activities.  To limit or change the zoning laws would stifle the progress the port has made of late and eliminate any future development or enhancement of business in the Marine View Drive area.

There has been an activist in the Marine View Drive area that has been very vocal about what is happening there.  This activist has been pro-port and pro-business.  Where the opposition wants to limit growth, this activist wants to increase business and promote the port.  Last week, part of the city council met with the thought that they could try to stop the businesses on the port by rezoning the property along Marine View Drive by restricting certain industries.  Most of that part of the agenda was a “no win” for the opposition as the mayor and the remainder of the council are pro-port and pro-business, by endorsing a new ship repair business that is proposing to open in the Earley Business Center.  This activist has been the spark plug for this position against the opposition; insert Redline here.  This activist has hosted meetings to help businesses on Marine View Drive with talking points and strategy.  This activist cares about the port.  This activist cares about business.  This activist has “a passion for people and her community.  She helped form the Young Professionals Network of Tacoma-Pierce County” and has served as president.  She has served as fundraising director and events director for Rebuilding Together South Sound.  She has served on the board for Citizens for a Healthy Bay.  She now sits on the board of Multicare Health Foundation.  She has received the Business Examiner’s Forty Under Forty award, the City Club’s Dennis Seinfeld Emerging Leader Award, the Governor’s Award for Outstanding Volunteerism and now the Propeller Club Master Mariner award and she is the fundraising coordinator for St. Nicholas Catholic School.  Born in Hoquiam, mother of four and soon to be five, Vice President of Sales and Marketing for Targa Sound Terminals, I am proud to name as our Propeller Club Master Mariner of 2017, Bett Lucas